Where Does Lottery Money Come From? 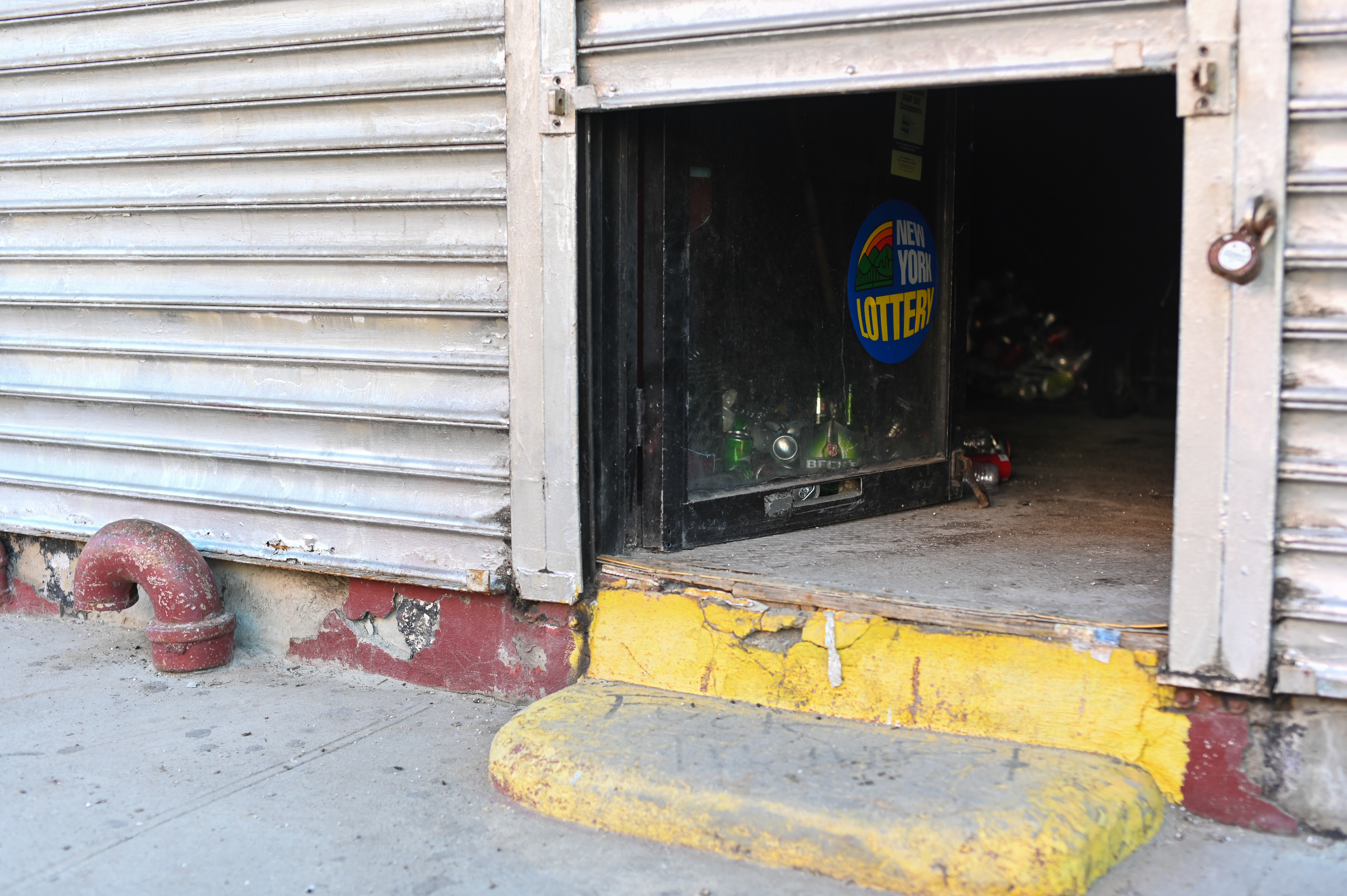 Where Does Lottery Money Come From?

Gambling has been around for thousands of years and even predates written history. The first recorded instances of gambling can be traced back to Ancient Mesopotamia in 3,000 BC. Gambling during these times was pretty simple, with sheep bones used as rudimentary dice.

Naturally, the concept of gambling has dramatically changed since these early days. Dice games (such as craps) are still prevalent, but you can also play card games (such as poker or blackjack), bet on sports (such as horse racing or boxing), and play tabletop games (such as roulette), to name a few.

Each of these gambling-based games is extremely popular in its own right. However, none of them are even remotely close to the popularity of playing the lottery.

People from all demographics play the lottery, as age, race, gender, and economic status aren’t significant factors. It’s practically a guarantee that at least half of the country will buy a lottery ticket each year.

The potential rewards may be the main reason the lottery is so popular. There have been several lucky winners to hit jackpots that exceed a billion dollars. The prize money from lottery games can change winners' lives, and many decide to play on the chance alone.

It would take the average American roughly 14,810 years to accumulate a billion dollars. It’s worth paying a few dollars each week to potentially win that kind of money. However, it does beg the question: where does all that money come from?

How Are Lotteries Funded?

Anyone that’s ever taken a philosophy course in school can probably tell you about Occam’s razor. The principle comes from a 14th-century philosopher who stated that the simplest solution is usually the correct one. The question of how a lottery gets funded is an example of this principle.

The sales of participating tickets fund lotteries — that’s it. There are no specialized taxes or nefarious operators in the background. Every dollar from ticket sales gets funneled into one giant pool, where the payout comes from. It’s just as simple as a raffle at the county fair.

New York, California, and Texas were close behind, generating $8.5 billion, $8.4 billion, and $8.1 billion, respectively. All states combined to generate more than $100 billion in lottery ticket sales in a single year.

Where Does Lottery Money Go?

State and national lotteries are one of the most lucrative industries in the country. No two business models can boast $100 billion in sales each year. You can expect a lot of hands to be put out when you’re talking about money that has 12 digits.

Here are the five ways that lottery revenue gets split:

Naturally, lottery winners will receive the lion’s share of the revenue. After all, the lottery makes so much money because the winner claims a massive prize. Even people that don’t hit the jackpot can still get enough in lottery winnings to change their lives forever. The pooled money gets used to cover the price of every ticket.

National lotteries such as Powerball or Mega Millions offer the largest jackpots. However, the percentage of revenue that winners receive is only around 50%.

State lotteries payout closer to 60% of revenue to winners. The trade-off for receiving more of a share and much better odds of winning is that the prize will be smaller.

Unfortunately, these taxes are only the beginning, as you’ll still need to pay additional taxes when you file your tax return. Depending on your prize, you can expect to pay anywhere between 14.6% to 39.6% in additional taxes at the end of the year.

Both state and national lotteries are operated, managed, and regulated by state-sanctioned lottery commissions. Lottery commissions are non-profit entities that the state government regulates.

The members of most lottery commissions get appointed by the state's governor with input from state legislators.

The lottery commission will siphon off about 10% of lottery revenue for themselves. The money covers the costs of running the lottery, including printing tickets, collecting ticket revenue, making the required drawings, and verifying prize claimants.

In addition to covering these administrative costs, most of the money will get used for advertising. Remember that ticket sales fund the lottery. Spending more money on ads will entice more people to play, raising the amount of money generated in sales.

The only thing more prevalent than lottery advertisements is lottery retailers. There’s a reason that practically every gas station, convenience, or grocery store allows you to play the lottery. It’s because lotto retailers receive five to eight percent of the revenue.

The percentage gets split between thousands of retailers, so the take-home isn’t as much as you’d think. However, it’s enough to make retailers eager to sell more tickets. Especially since there are often bonuses paid out to retailers that sold the winning ticket or cashed out winners of smaller prizes.

The money generated from lotteries far outweighs the funds generated from corporate income taxes. It suddenly makes sense why 45 states have lotteries, but not all permit casinos, sports betting, or online gambling.

State governments, in a sense, win the lottery twice. The first time comes from the leftover money after everyone listed above has been paid out. The second time comes in the form of taxes. The majority of states require residents to pay a state income tax.

Alaska, Florida, Nevada, New Hampshire, South Dakota, Tennessee, Texas, Washington, and Wyoming are the only states that don’t levy state taxes. Winning the lottery in any other state can cost you upwards of 13.3% in income taxes.

Each state has the freedom to decide how they want to use its lottery money. State legislators will convene and determine where their residents most need the money.

Public education is a popular recipient of state lottery revenue, but it’s far from the only good cause that lottery funds go toward.

Here is a breakdown of how some states spend the money:

Play a Lottery That You Don’t Have To Share

Lotto ticket sales are what fund state and national lotteries. The money gets collected into one giant pool that pays out prizes for winning tickets. The rest of the money gets spread to a few different groups. As a jackpot winner, you’ll only end up with less than a third of the total revenue. While it’s still likely to be a lot of money, only getting 33% of the pot doesn’t sound like winning.

With Yotta, you won’t have to worry about splitting the prize with anyone. Winning money during our weekly drawings will go straight to your pocket.

You won’t have to worry about lottery commissions or retailers taking a cut. Of course, you’ll still have to pay taxes, but it won’t be anywhere near the 67% you lose playing state and national lotteries.

Join Yotta today to find out more about prize-linked savings. You can win up to $10 million in cash and prizes that will be yours and yours alone. 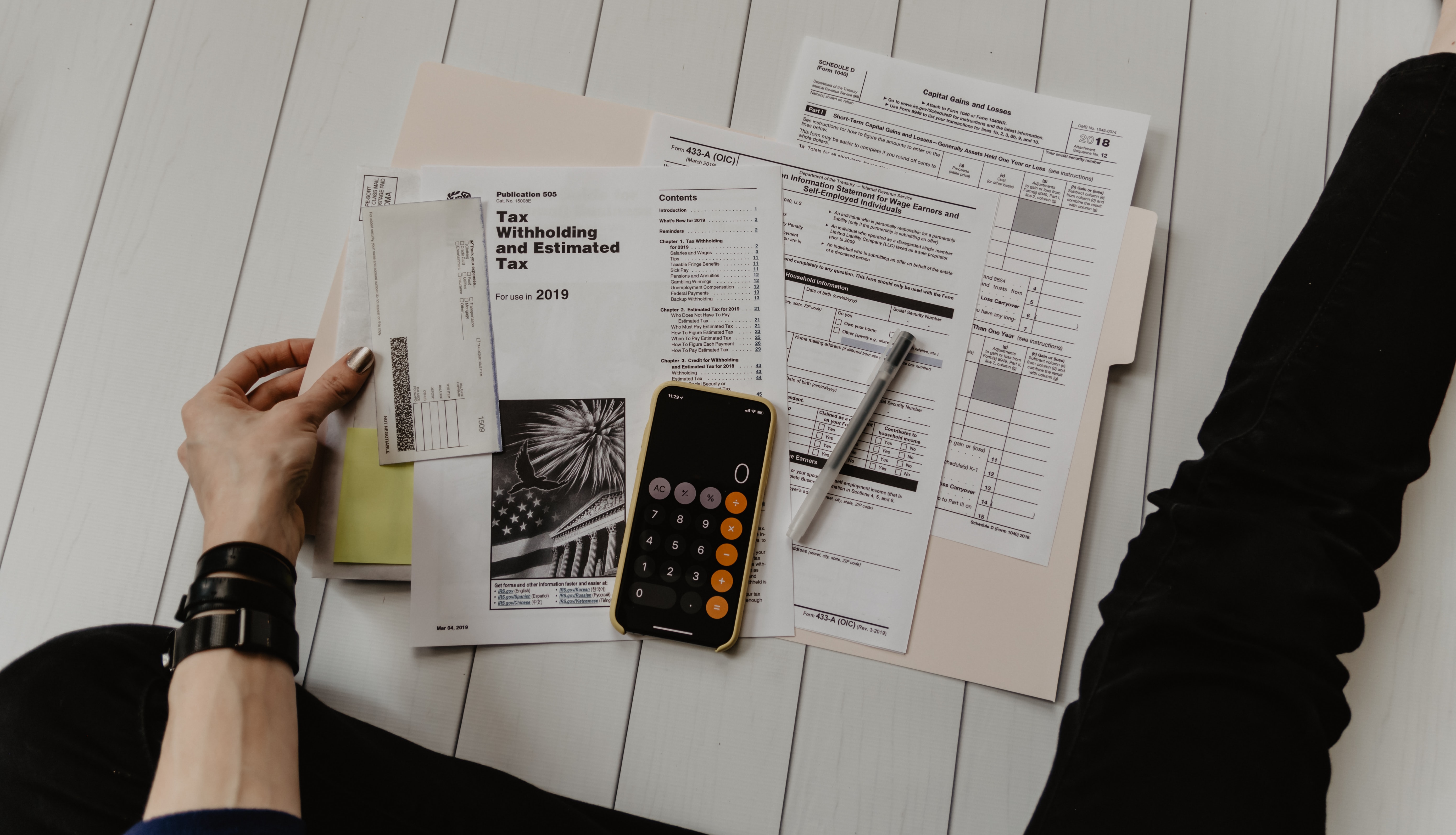 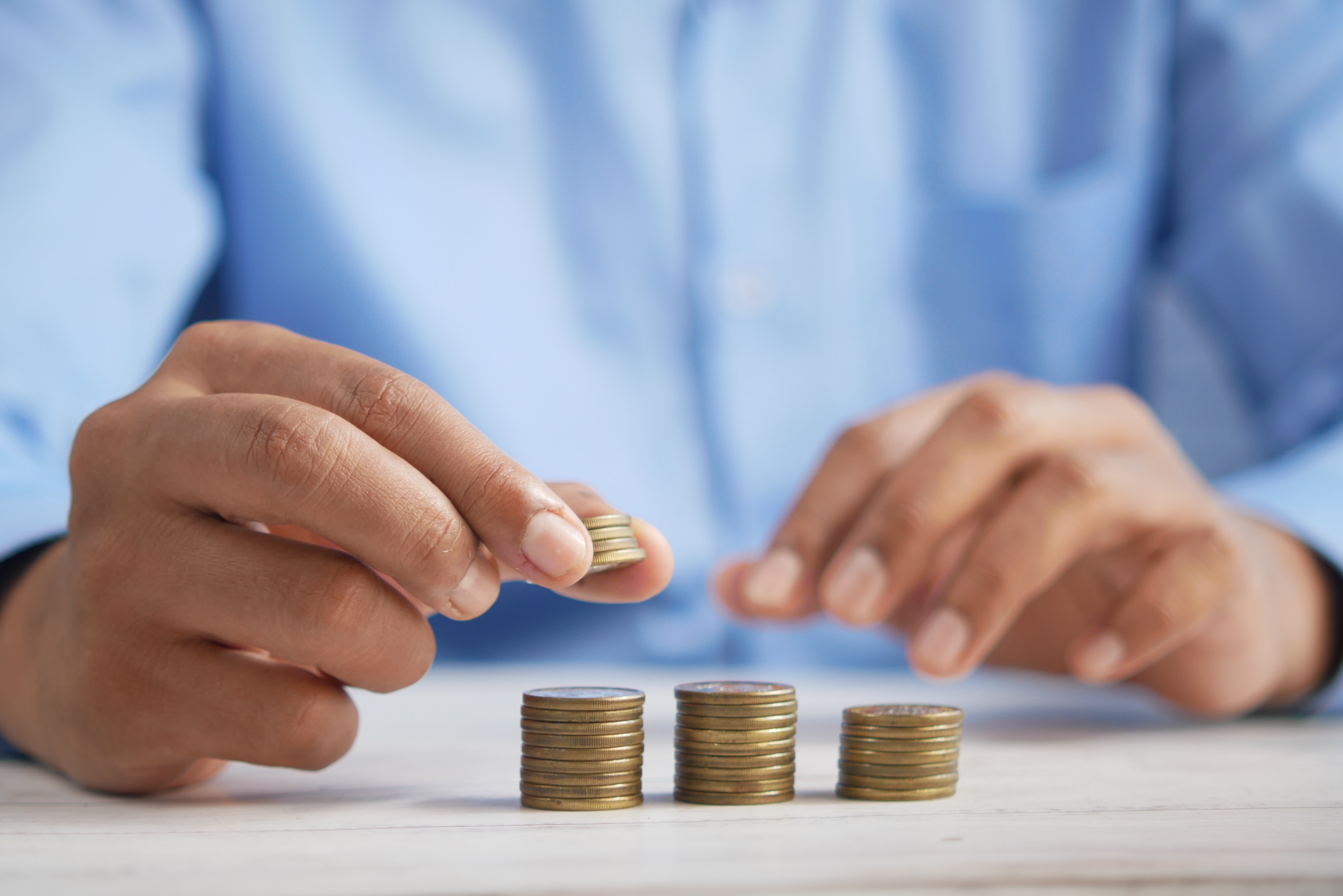 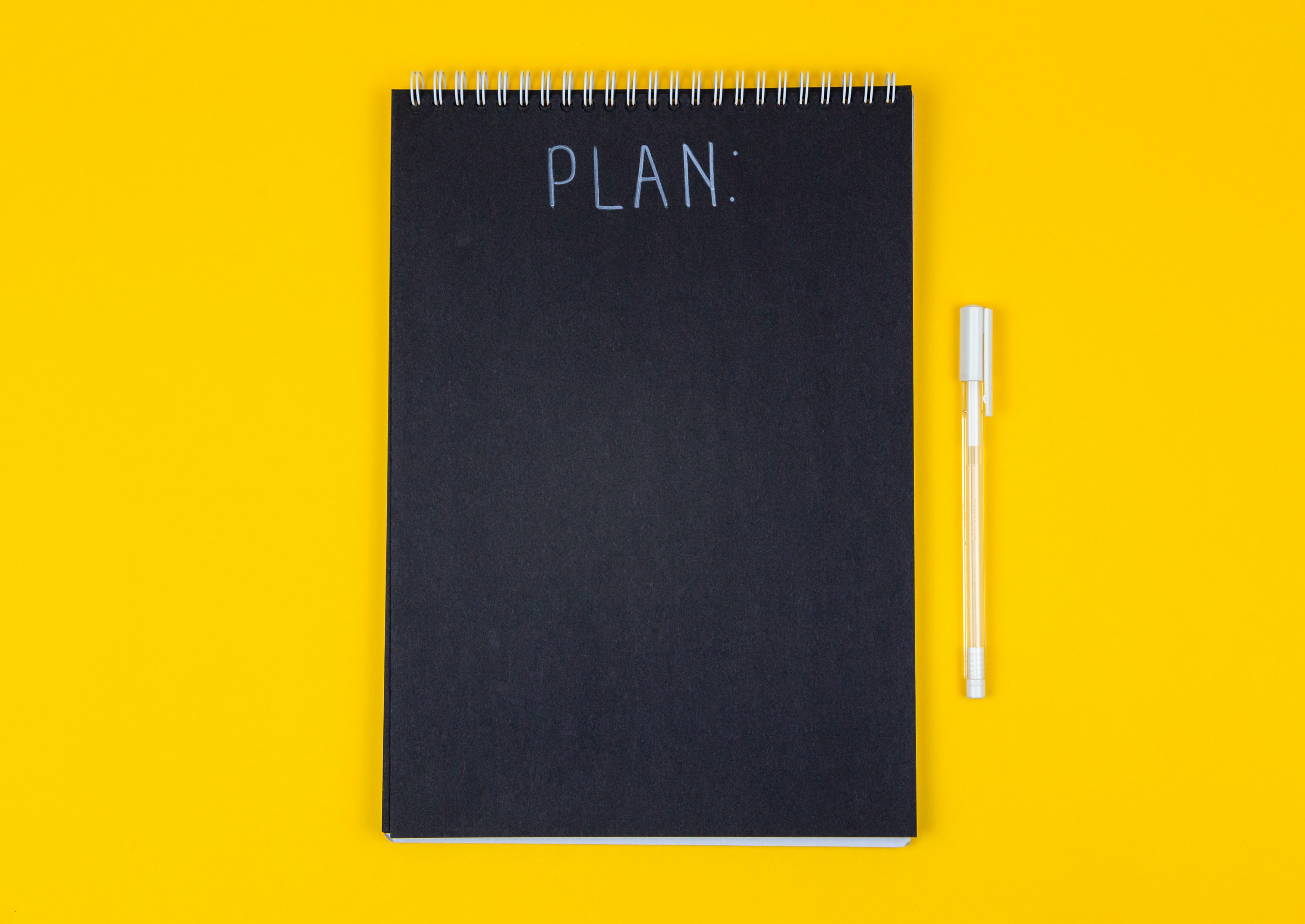