When Were Debit Cards Invented? A History Analysis

Debit cards are an everyday part of life worldwide. But where did they come from, and why do people use them so much? 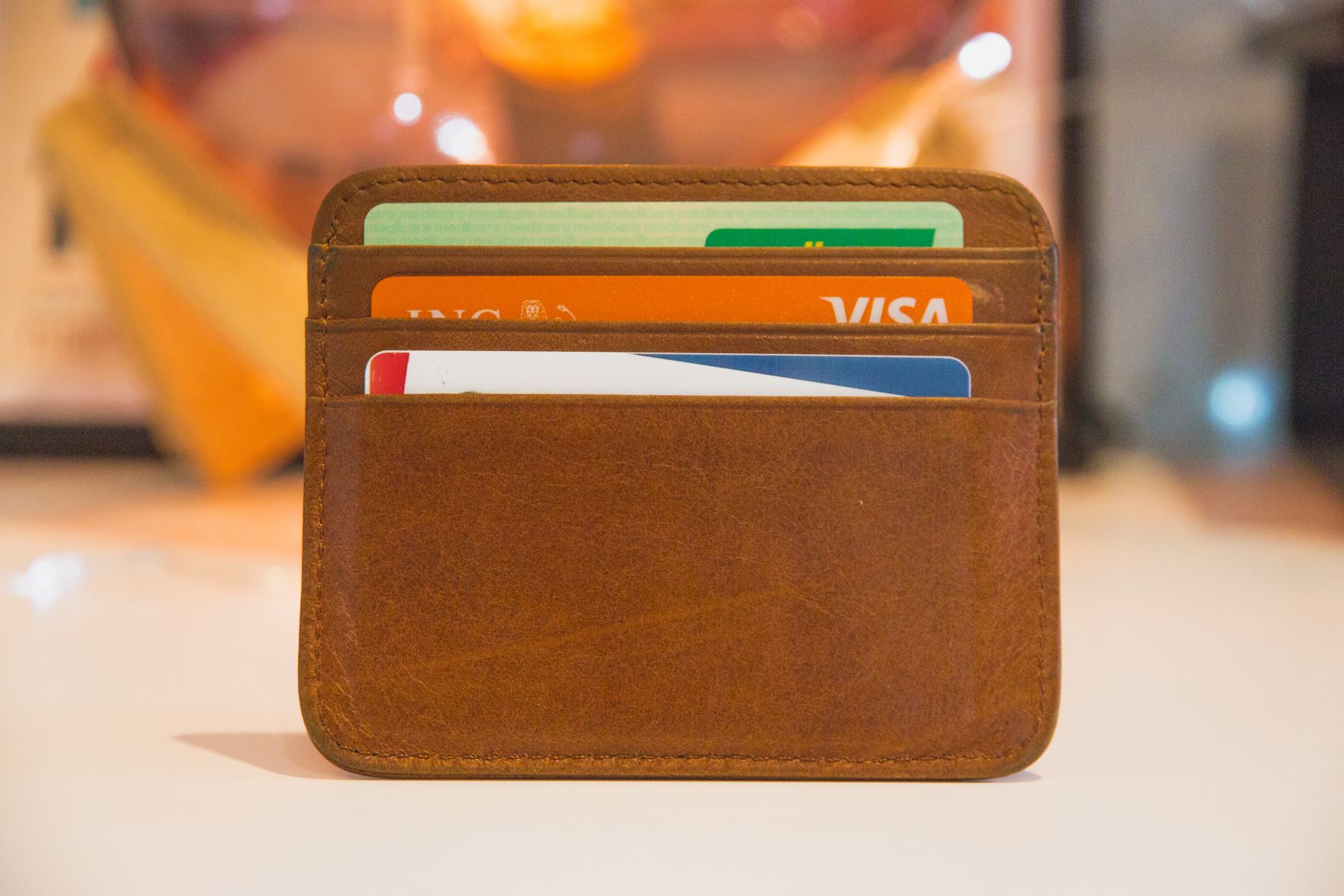 Debit cards are an extremely common part of everyday life in the United States. A survey from the end of 2017 found that as many as 87 percent of Americans own a debit card. Likely, this number has only increased in the years since the survey was conducted.

People aren’t just collecting debit cards for fun. They’re very often used to make purchases. According to a 2021 poll, roughly 68 percent of consumers claim to use a debit card every month. While more people use cash each month (74 percent), debit cards are used by a higher percentage of the population than credit cards (63 percent).

Debit cards don’t typically come with the glitz and glamor of a credit card. Normally, a debit card is just a straightforward alternative for using cash.

However, some debit cards do come with special rewards and incentives. Before we can cover what debits have become, we must understand where they began.

When Were Debit Cards First Created?

The history of financial transactions and the economy dates back thousands of years. Bartering was the earliest example and largely involved the exchange of physical items.

For example, a bushel of wheat for an ax, an animal skin for a night’s lodging, or food for a day’s work. Slowly, people began to create and exchange currency in return for goods or services, therefore creating a sustainable economy:

In ancient times, financial transactions largely took place in the form of precious metals such as gold or silver. Around the 1200s, the paper currency started being used as an alternative to precious metals. The concept of writing a paper check would eventually come around the late 1600s. Most worldwide economies operated on some combination of precious metal, paper currency, or check for the next 200 years.

The earliest versions of payment cards would start to appear in the late nineteenth century. Some stores created paper loyalty cards and issued them out to customers. The customers would use these cards throughout the month to make purchases and create a balance.

Each total credit would be marked on the card by the clerk, and a record was designed for both the card owner and the store. At the end of the month, the store would collect the debt to zero out the balance and start anew.

Over time, these paper cards grew more sophisticated as technology progressed. The first plastic cards started arriving in the early 1960s and came with a major improvement. Store cards were no longer manually marked like a library card but employed a magnetic stripe.

These magnetized pieces of the film could identify the owner’s information and the point-of-sale device used to make a purchase. These two pieces of information created a data network and backlog of transactions.

The technology to create debit cards would still be a few decades away. It wasn’t until the late 1970s that chip and personal identification number (PIN) cards could be created. Instead of a magnetic stripe like credit cards, debit cards were created by inserting a silicon integrated circuit chip into a plastic smart card.

The first generation of debit cards could only help customers withdraw cash from their bank accounts using automated teller machines (ATM). Customers would insert their debit card, enter their PIN, and withdraw a specified amount of cash.

Eventually, merchants started using computerized point-of-sale (POS) systems that allowed customers to use their debit cards, enter their PIN, and pay for their purchases electronically. The funds would automatically be transferred from their bank account to the merchants.

Instead of making a payment later (like how a credit card works), the transaction would be completed at the cash register. This simple concept made it much easier for users to balance their bank accounts and avoid accidentally going into debt.

How Do Debit Cards Work?

The technology used in debit card transactions has highly evolved since the 1980s. However, the concept has generally stayed the same. Every day, debit cards are used to complete hundreds of millions of financial transactions worldwide.

Assuming that you’re old enough to have a debit card, it’s pretty likely that you already have one and have used it before. If so, then you’ve completed the following process:

The first step is to swipe or enter your debit card into a machine with an installed point-of-sale (POS) system. Debit cards are considered online transactions, which is the opposite of credit cards, regarded as offline transactions.

Once the system has verified the debit card and PIN, the next step is to confirm sufficient funds in your bank account. If there are enough funds, the purchase will be granted, and the transaction will be complete. The bank will then place an immediate hold on the funds in your account to cover the purchase, and the transaction will usually be cleared by the end of the day.

You won’t be able to complete your purchase, and the items you bought will remain with the merchant. Overdrafting your account means that the completed transaction has caused your account to fall below zero.

Unless you have overdraft protection on your account, then you’ll be charged substantial fees by your bank.

Why Are Debit Cards So Popular?

It’s fairly easy to understand why debit cards are so popular when you compare them to their main competitors of cash, checks, and credit cards.

Carrying bills and coins in your pocket all day. On top of the physical annoyance of these factors, you’ll then have to use math and stick to a budget when making a purchase. If you want to buy a pair of new shoes that cost $81.86 but only have $73.47 in your pocket, you aren’t leaving the store with them.

Faster and More Reliable than Checks

Checks can help prevent an embarrassing issue like this, as you would just write in $81.86 and complete the purchase. That’s much easier than calculating how much cash you have and taxes on each purchase, but it’s not the most convenient option.

A checkbook is appropriate because they’re big, bulky, and like carrying a book in your pocket. Plus, using a checkbook means balancing it and staying on top of every purchase made to avoid discrepancies.

That’s where credit cards come into the debate. A credit card is way more convenient than either of these other two options and often comes with various rewards for using it. A debit card won’t beat a credit card in terms of convenience, but it’s less likely to go into debt with a debit card.

Remember that using a debit card means tapping into your bank account to complete the purchase. Credit card purchases operate as you’re basically tapping into the credit card issuer’s account and paying them back later.

In other words, an asset will go through whether you can afford it or not. Once you factor in the higher interest rates of credit cards, it’s easy to understand why so many people get into credit card debt.

Traditionally, debit cards don’t have rewards and essentially function like electronic checks. Credit card companies offer many reward programs to entice people to sign up and spend using their cards.

However, banks and other financial institutions have realized that people are wary of credit card debt and often stick to using their debit cards. After all, debit cards are only slightly behind cash in monthly use.

Some forward-thinking companies have noticed this trend and decided to reward their more conservative spending customers. For example, the Yotta Debit Card offers various benefits that rival even the most lucrative credit card rewards programs:

The best feature of Yotta is that you’ll be given a bonus ticket into next week’s $10 million sweepstakes for every $10 you spend using your Yotta Debit Card. Remember those $80 shoes from earlier? Not only would you be able to leave the store wearing them, but you’d get eight more opportunities to become a millionaire.

Another key benefit is known as the Lucky Swipes program. Every time you use your Yotta Debit Card, there is a one-in-150 chance that your next purchase is free. The odds are increased to one in 100 whenever you use your card for dining or refer a friend to Yotta. A little luck with this program means you’d be able to wear your new shoes for free! It’s hard to beat a price tag of $0.

The benefits of using Yotta don’t always have to end up in your wallet. Enabling the Meal Tickets feature on your Yotta account will mean you can round up each transaction to the nearest dollar. The extra cents from each purchase are donated to Feeding America and used to help feed a family in need.

Choose and Use Your Debit Card Wisely

A debit card is a low-risk and highly convenient way to complete a transaction. Unlike credit cards, it’s virtually impossible to go into debt using a debit card. The only major concern is trying to avoid overdrafting your account. But just because a debit card is generally safe doesn’t mean it has to be boring.

Visit Yotta today to learn more about the Yotta Debit Card and its benefits. It’s the only debit card that could make you a millionaire, pay for your next purchase, and help to feed those in need. Debit cards have historically come a long way, but Yotta intends to take them further. 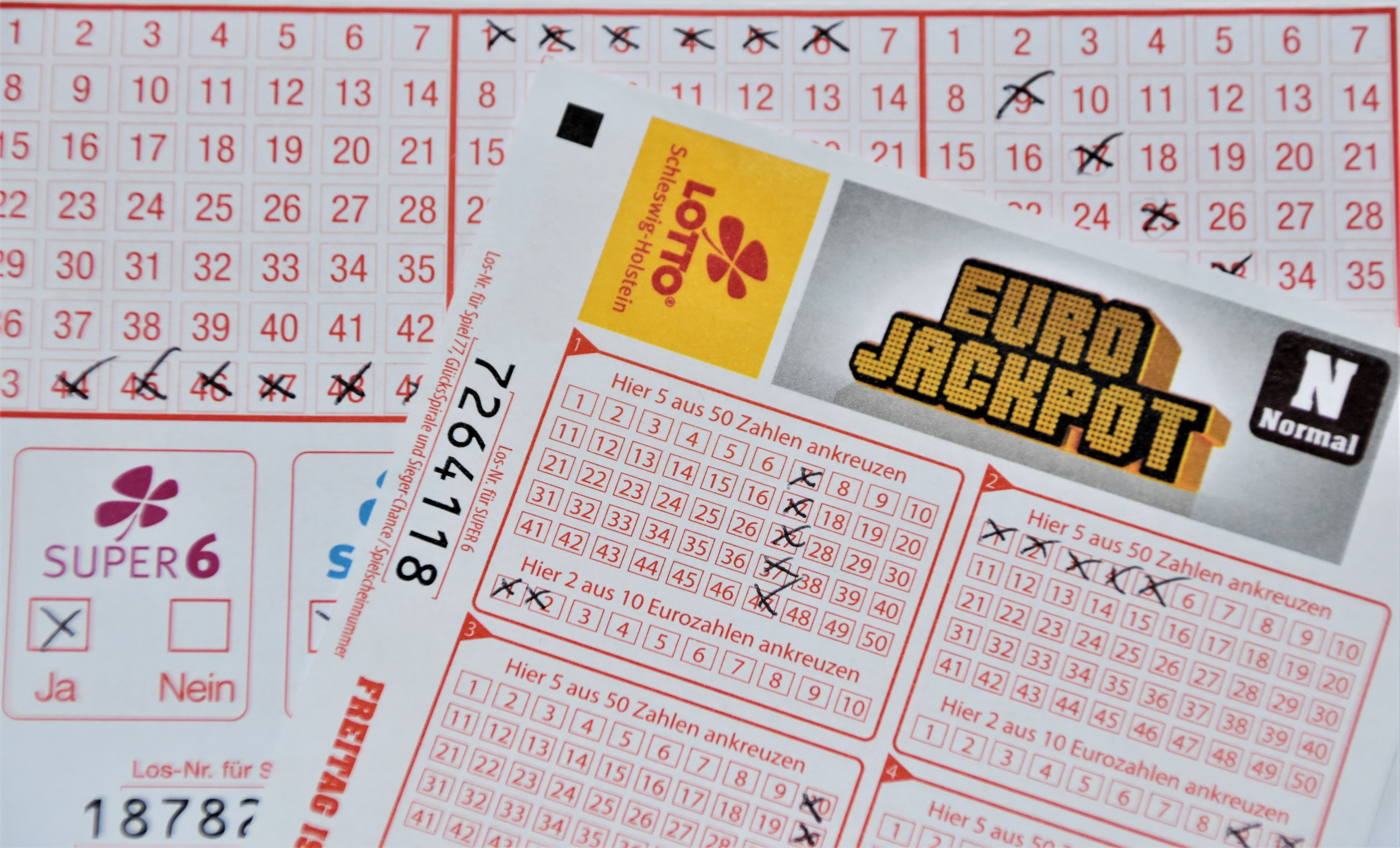 Can You Win the Lottery by Cheating?

Want to know how to win the lottery by cheating? Well, keep reading for a few ways people have tried to cheat the lottery in the past. 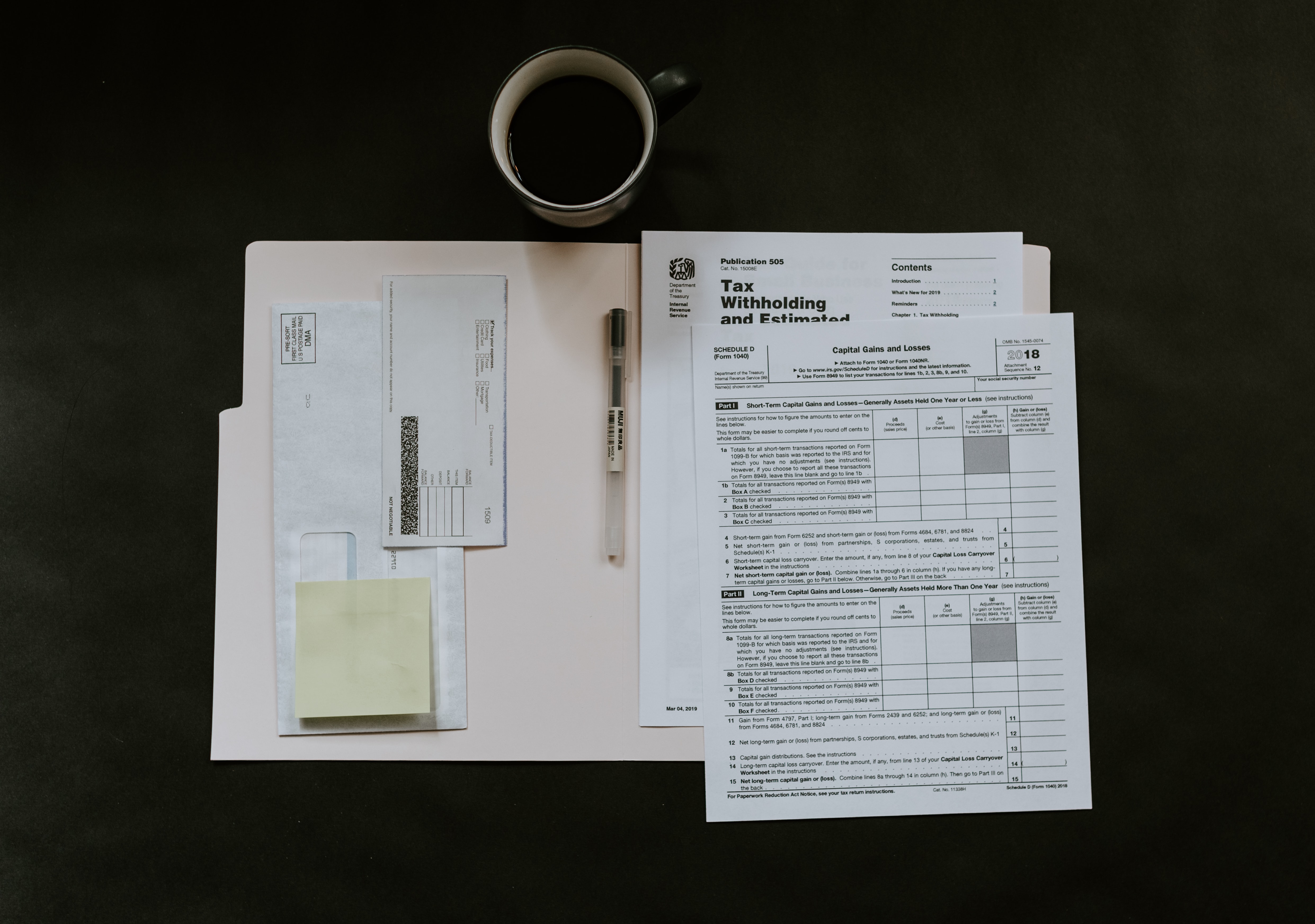 Lottery & Taxes: How Taxes Apply to Your Earnings

Nothing saps the joy of winning the lottery like paying taxes. Here is everything you need to know about how they apply to your earnings. 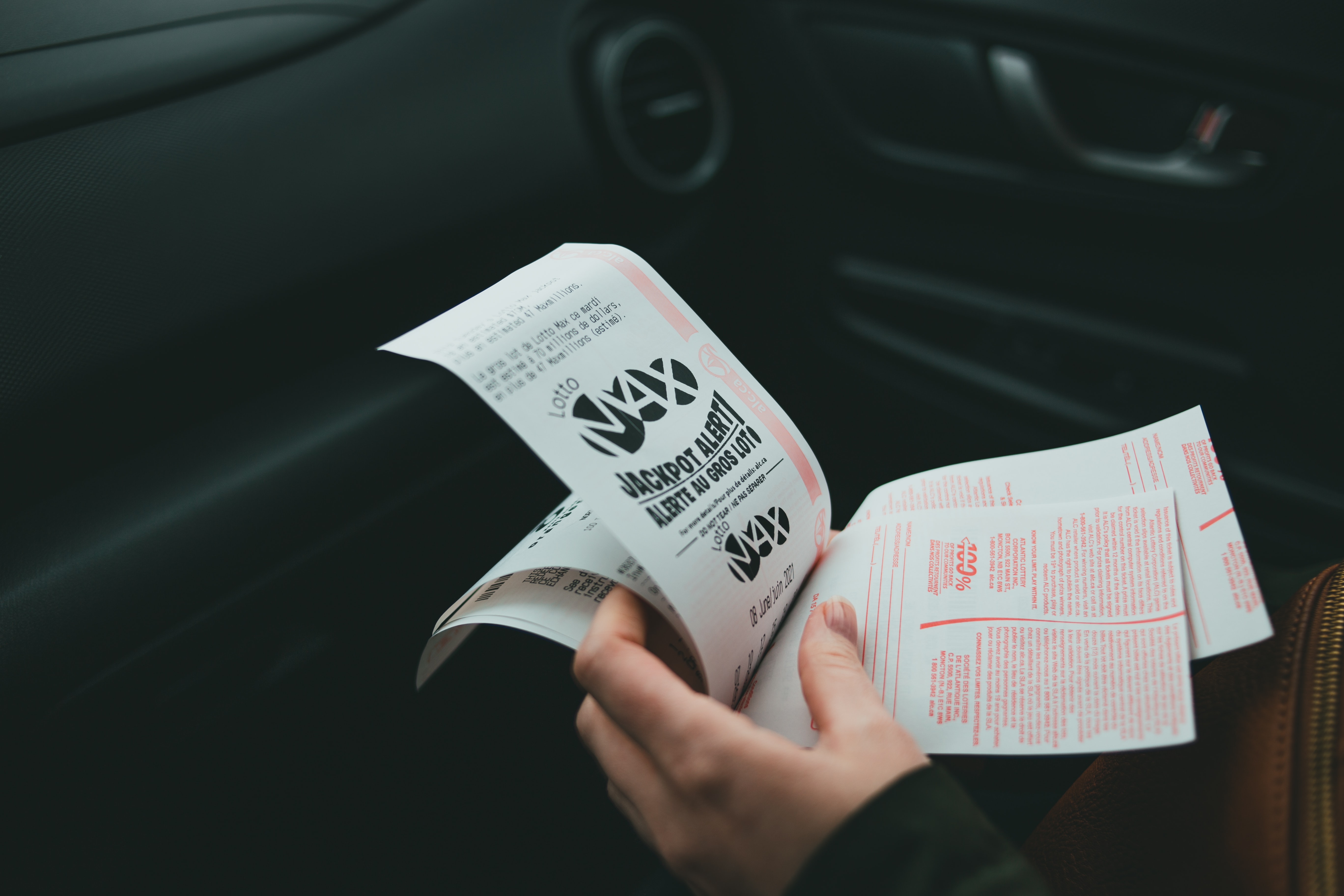 What to Do If You Win the Lottery (Do This Immediately)

Winning the lottery will change your life in unimaginable ways. Here are a few essential things you’ll have to handle before you get to all the fun.